As part of a multidisciplinary team led by Sasaki Associates, H+A has recently completed work on the Allegheny Riverfront Green Boulevard study for the city of Pittsburgh, PA.

This study was funded by a $1.5 million Partnership for Sustainable Communities grant from the Department of Transportation and the Department of Housing and Urban Development.  These agencies, together with the EPA, established six livability principles for this program:

The Pittsburgh Urban Redevelopment Authority obtained this grant to build on the 2010 Allegheny Riverfront Vision Plan, by Perkins Eastman Architects, and to focus on implementing three main goals for this seven mile stretch of riverfront:

With the departure of steel manufacturing from the Pittsburgh riverfront and the subsequent demolition of numerous mill buildings, large tracts of land in Lawrenceville along the river and the parallel rail line were left vacant for redevelopment.  Building on the existing intact residential fabric and a growing locus of high-tech research and light industrial uses, the project team generated a master plan for the neighborhood, defined a framework of streets and open spaces, and identified sites for
future buildings. 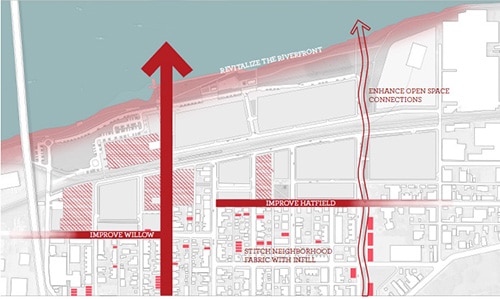 The plan designates several parcels for residential development, extending the existing historic row house fabric across Willow and Hatfield Streets.  Other blocks are designated for light industrial, research and office uses, to complement existing buildings on adjacent blocks.  Newly delineated blocks along the riverfront are defined with larger scale mixed-use residential buildings facing the river and smaller scale live/work lofts facing back toward the neighborhood.  The plan, with built-in flexibility to respond to market demand, is intended to promote a vibrant mixed-use neighborhood with a with a combination of new residential, workplace, and recreational uses.

With input from economic development consultants Partners for Economic Solutions, H+A examined existing residential and mixed-use precedents in the neighborhood and beyond and proposed building typologies for specific development sites within the 43rd Street District.  As part of an ongoing public outreach effort, which included extensive online engagement and numerous public forums, H+A also developed speculative designs for proposed Green Boulevard passenger rail stations and for new buildings in the 43rd Street District. 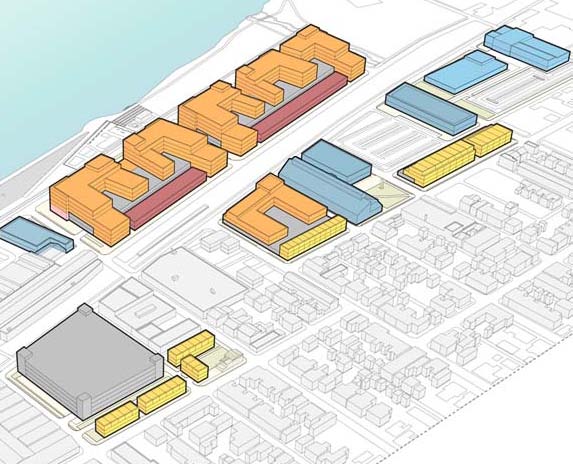 The Allegheny Riverfront Green Boulevard Study final report will soon be completed and presented to Pittsburgh’s Urban Redevelopment Authority, who will oversee its ongoing development and implementation. 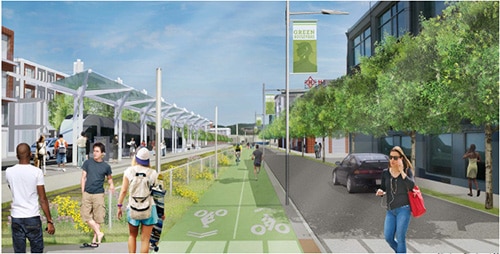