Laconia Lofts is the first new construction of affordable live-work artist space built in the eastern United States since the early 20th century. It is also the first significant construction project completed in the “industrial” area of Boston’s South End, providing an anchor at each of its entry points on Washington Street and Harrison Avenue. Laconia is located at a key point of transition between the South End Landmark District of brick Victorian townhouses and the SoWA district of warehouse lofts. Since construction, the building’s surrounding empty lots have been rebuilt, inspiring a nationally-recognized revitalization. Laconia incorporates 99 units through the elongated forms of its warehouse neighbors as well as the materials and rhythm of the nearby townhouses. A modern interpretation of Victorian-era warehouses is achieved through massing, two-tone brick, and the introduction of metal elements, including balconies and canopies that recall the district’s decorative ironwork. Inside, Laconia Gallery is owned and operated by resident artists. In addition, the inclusion of commercial spaces along Washington Street contributes to the renewed urban life of the neighborhood. “With modern amenities and a city-skyline view, [Laconia Lofts] revitalizes the concept of loft living. A first in Boston loft space built precisely for the sake of loft living.” — Boston Globe 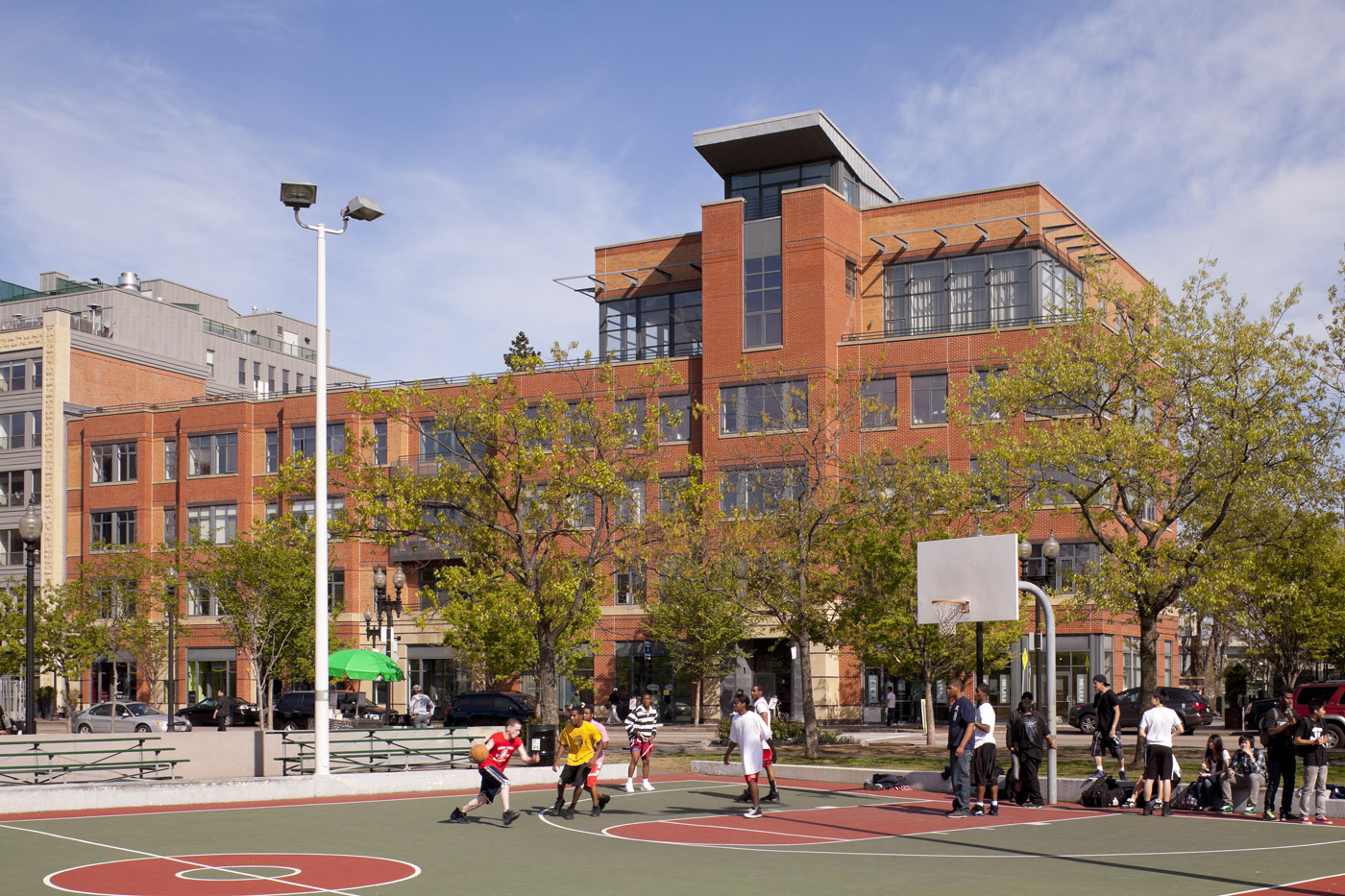 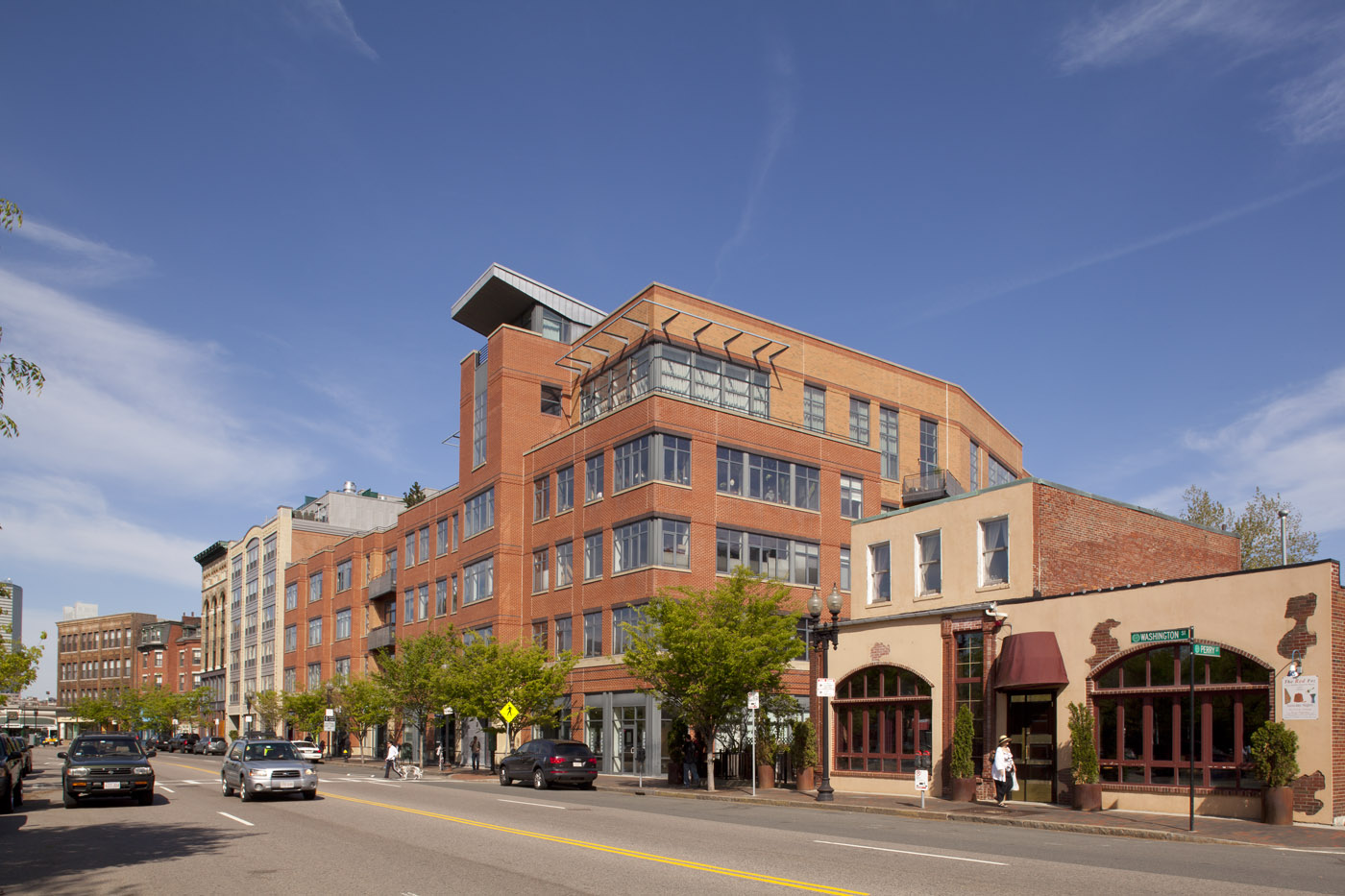 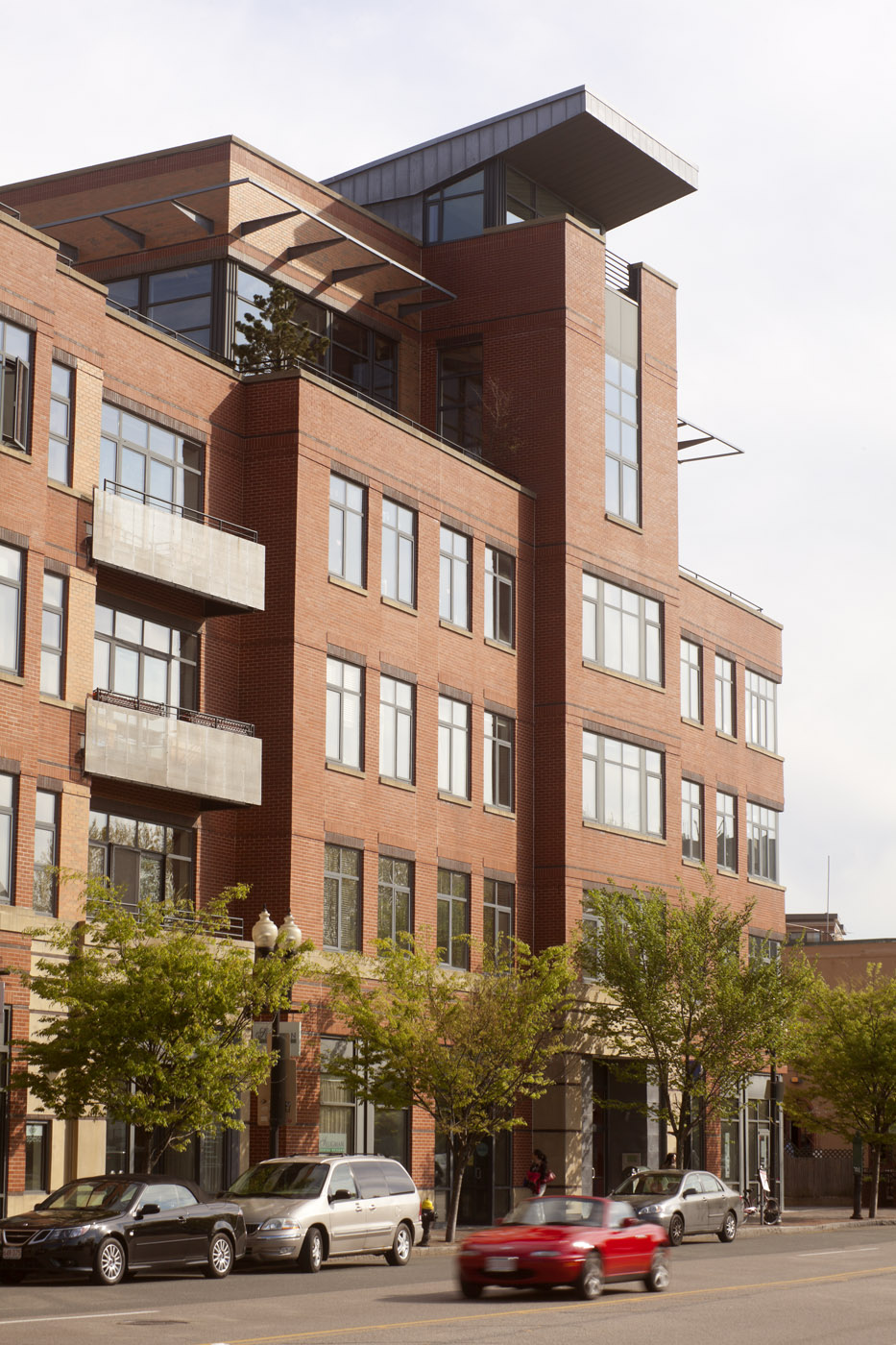 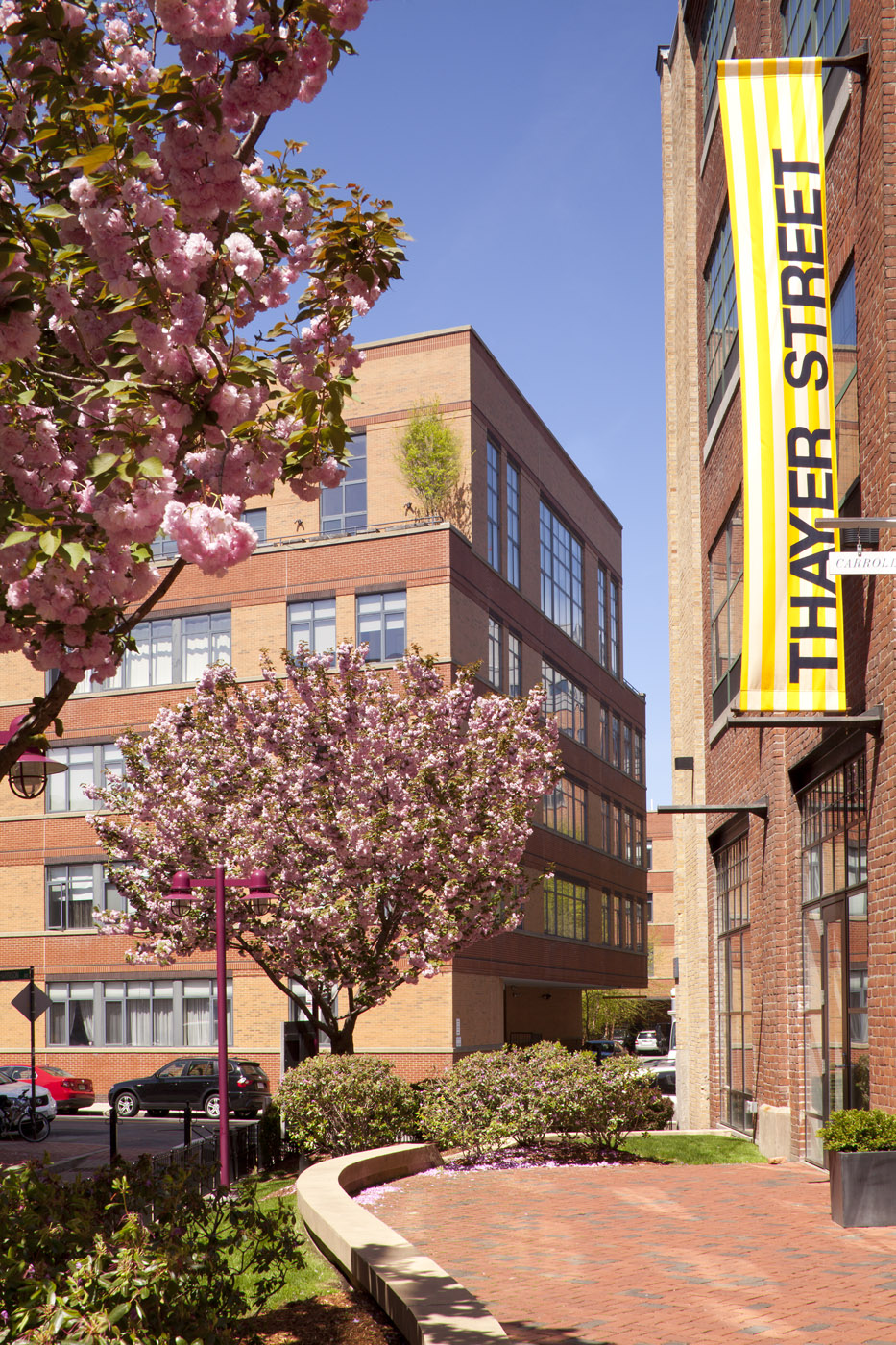 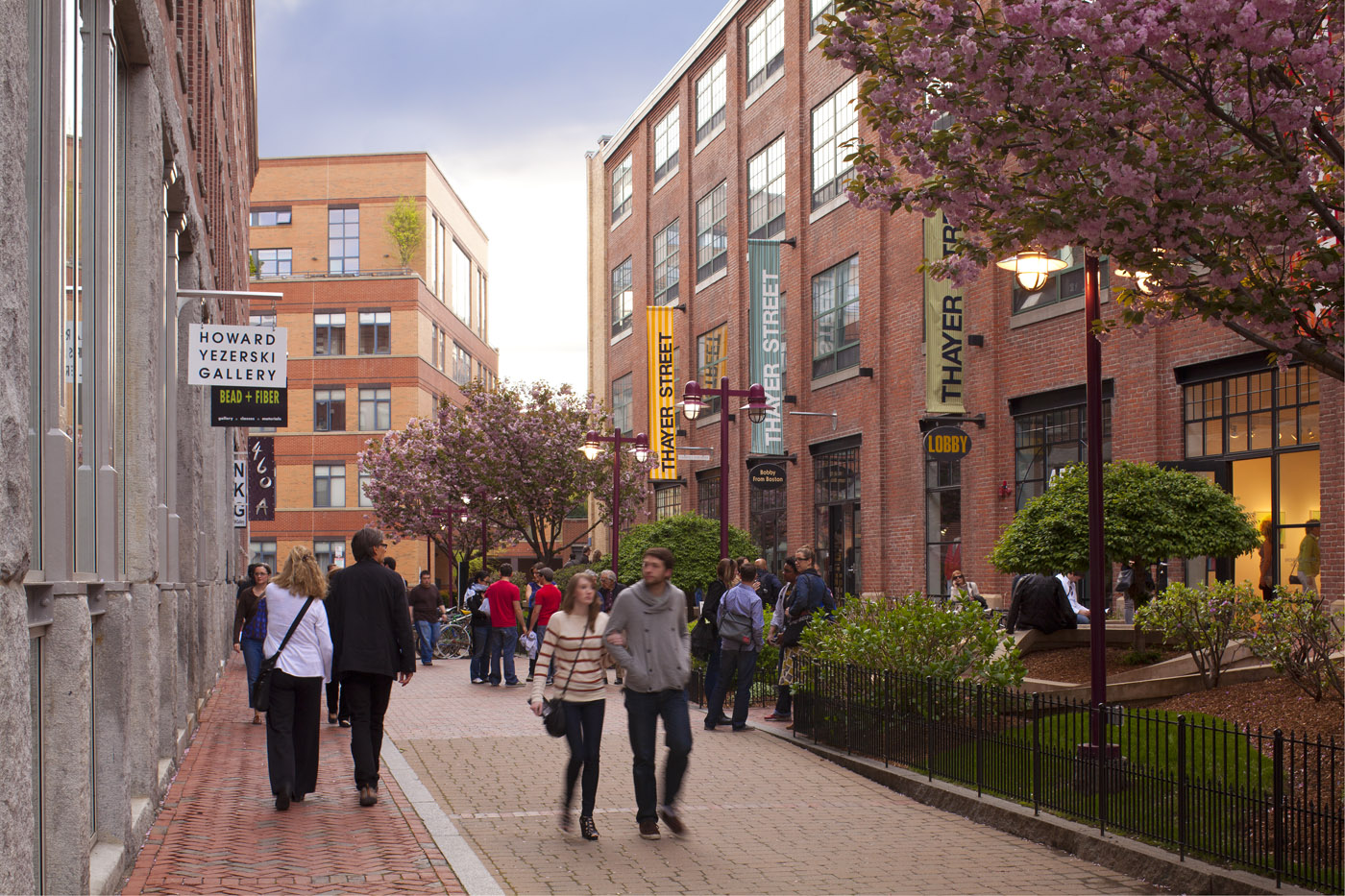 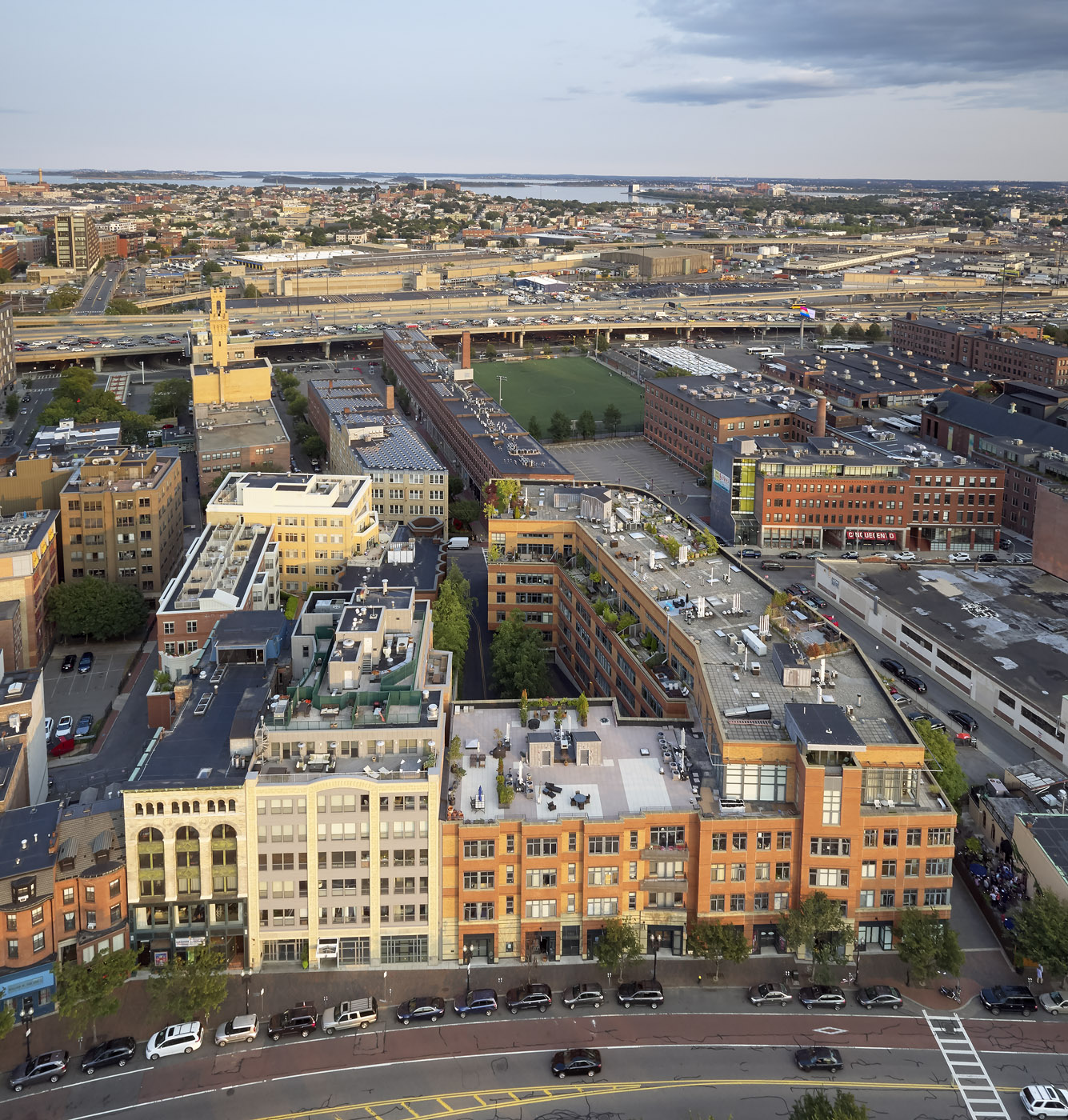