Wasabi, a growing sushi restaurant group with locations across the country, tapped H+A to design two of its newest outposts outside of Los Angeles and Boston. Both are sit-down restaurants that occupy underutilized open spaces within shopping malls with sushi served from an open kitchen via a rotating conveyor belt. At the Topanga Mall, Wasabi was situated within an open atrium with the form of the restaurant defined by its central canopy-covered kitchen. Counter seats and built-in booths place customers along this conveyor belt with views to the chefs. Details such as wood millwork, brightly colored countertops, and translucent panels were deployed to reinforce the clarity and continuity of the conveyor system. At South Shore Plaza, H+A adapted the same design ideas to the spatial characteristics of its context and reinforced the restaurant’s brand identity by highlighting color from Wasabi’s logo to define signage, seating, countertops, and millwork. 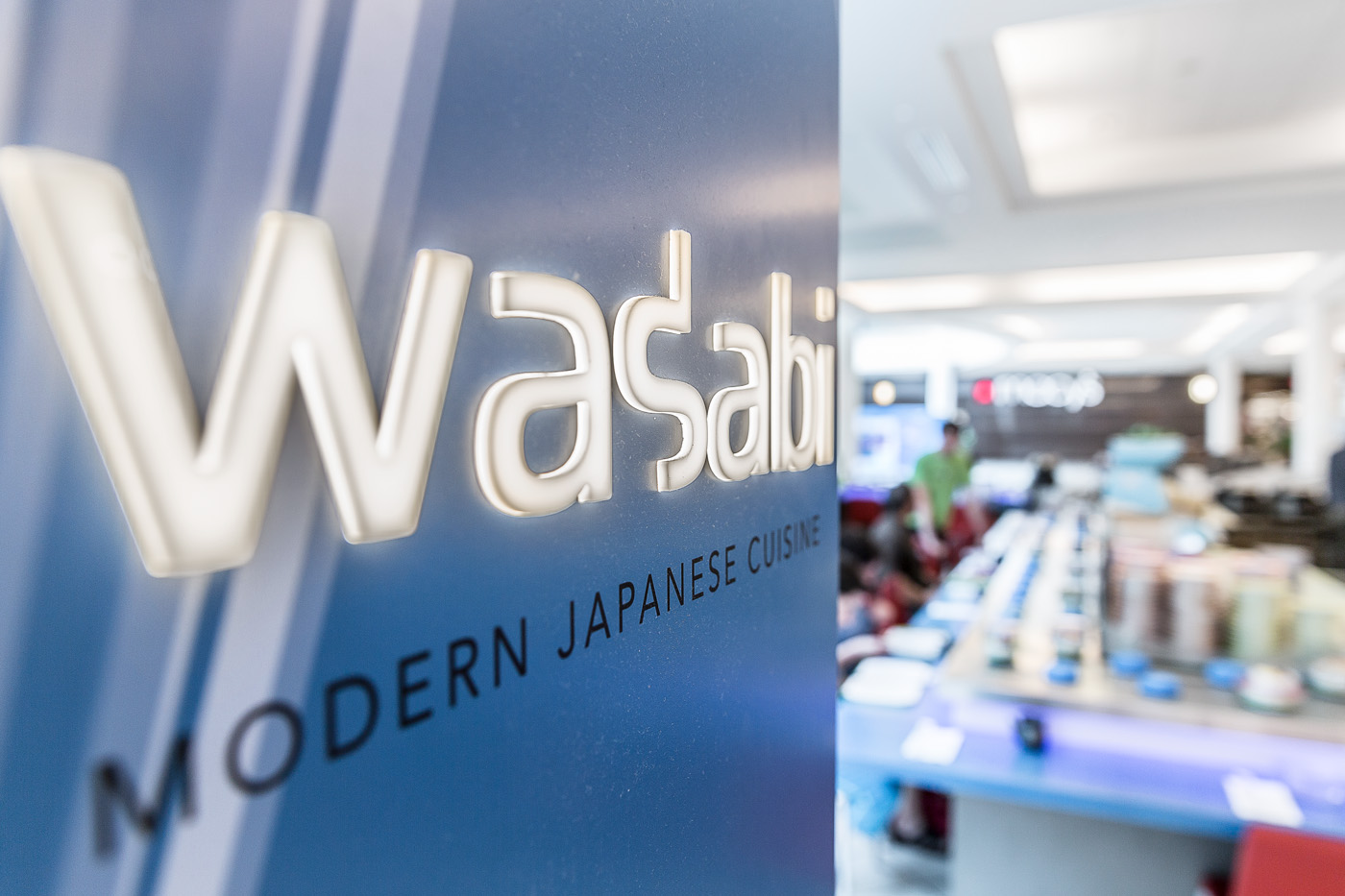 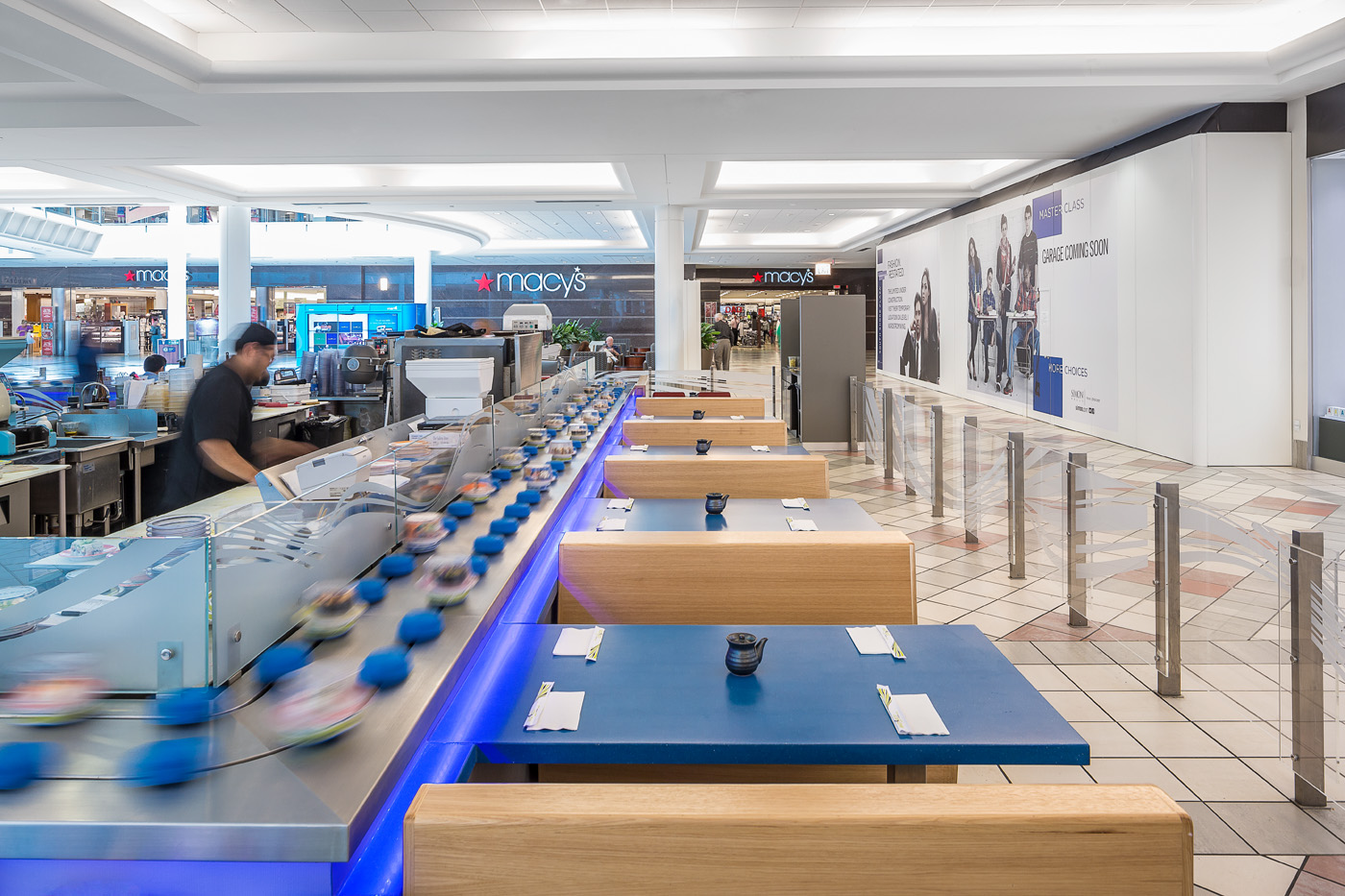 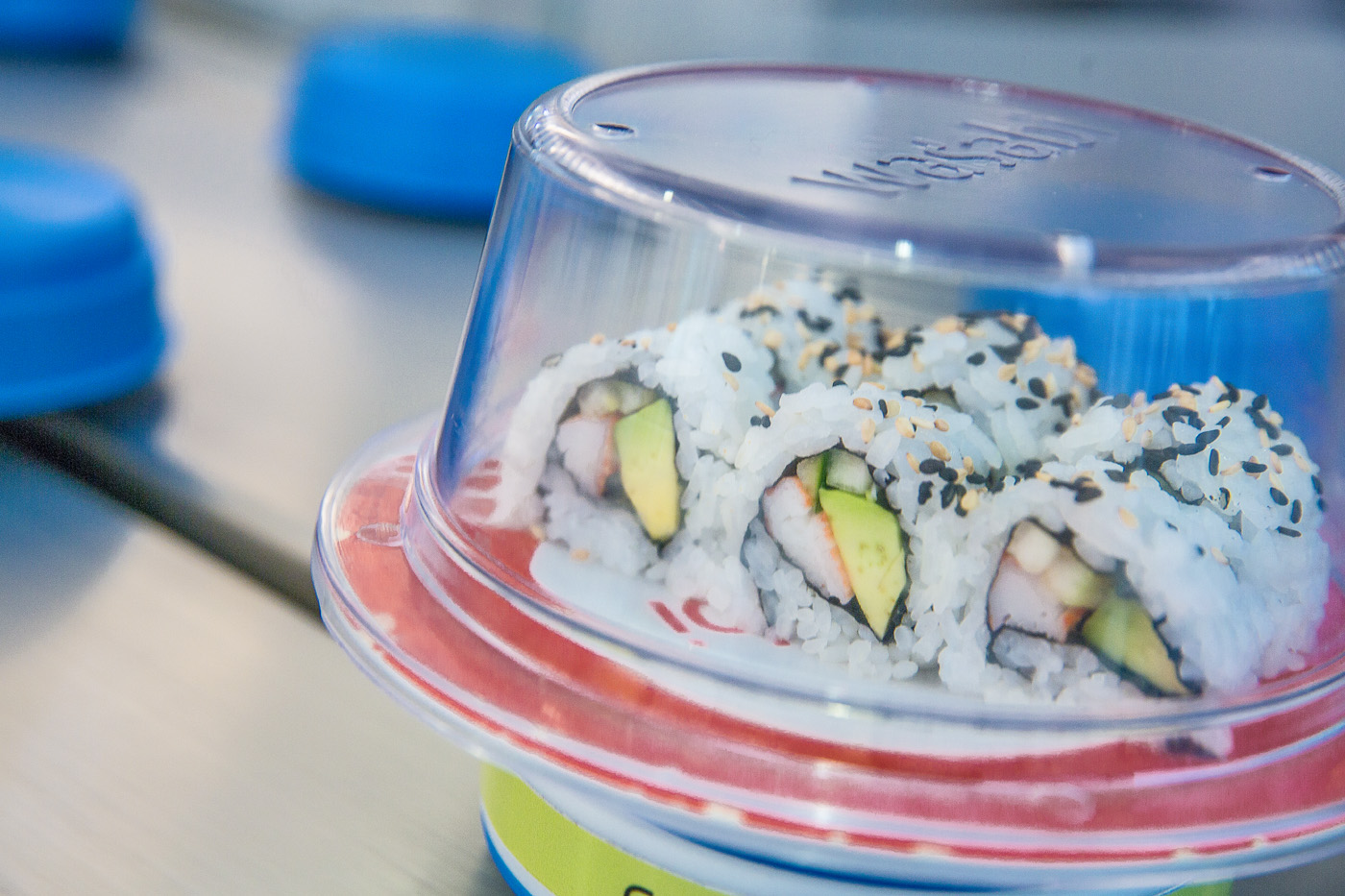 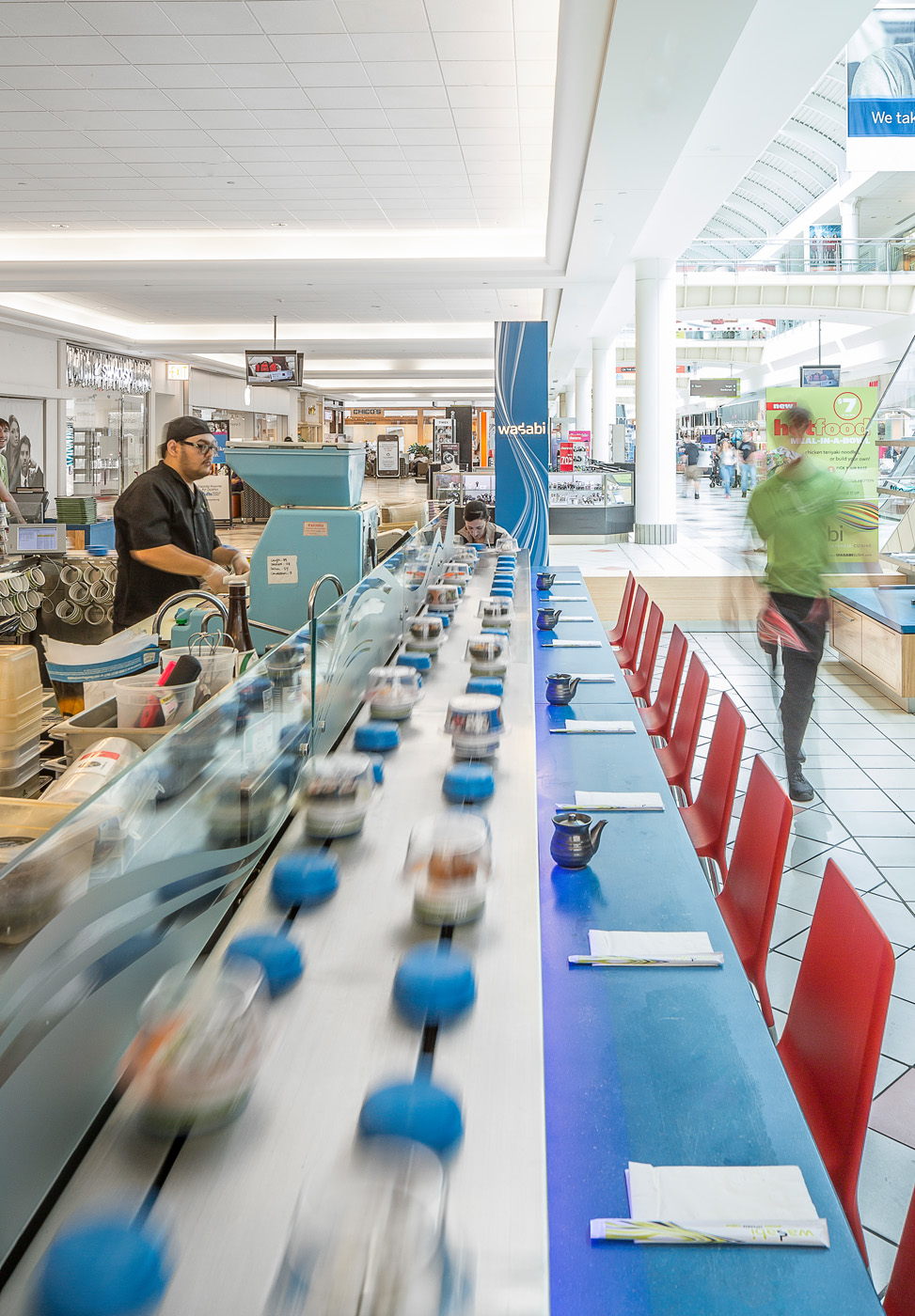 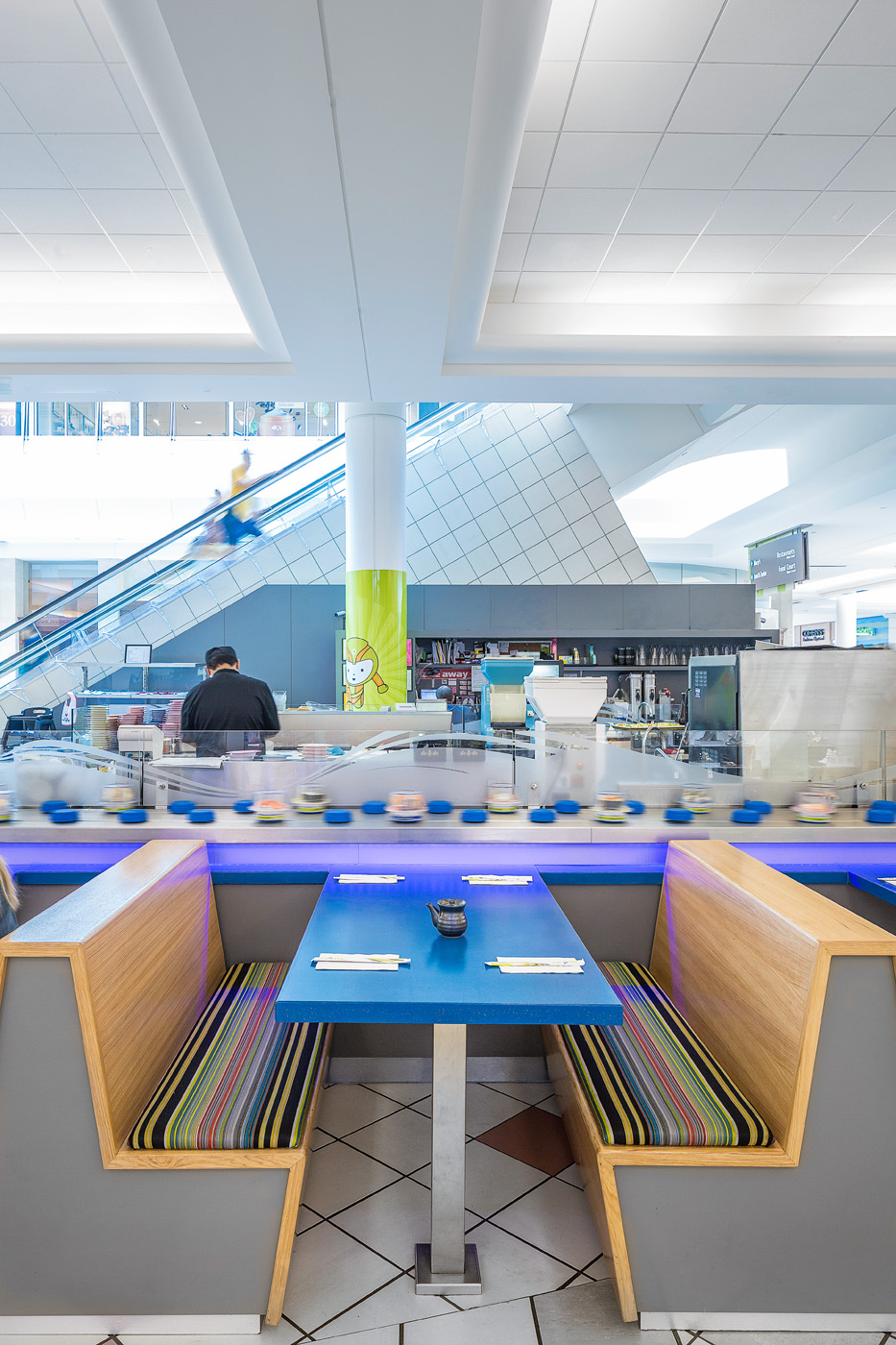 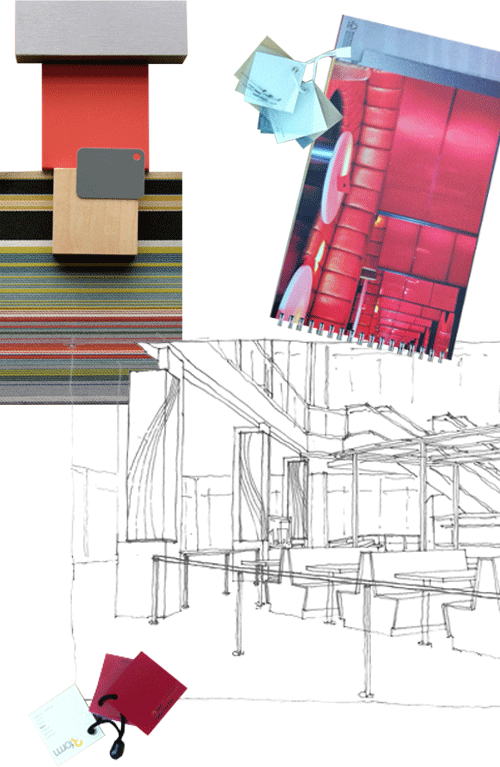 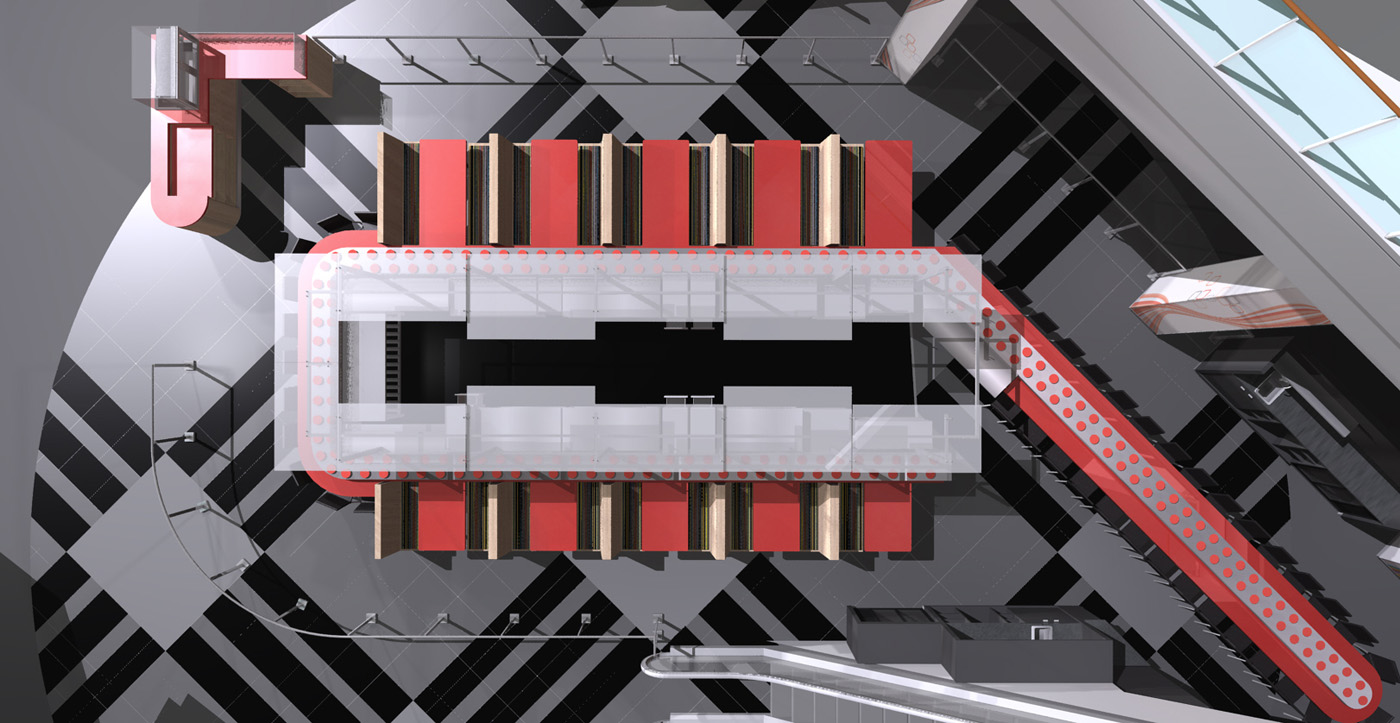